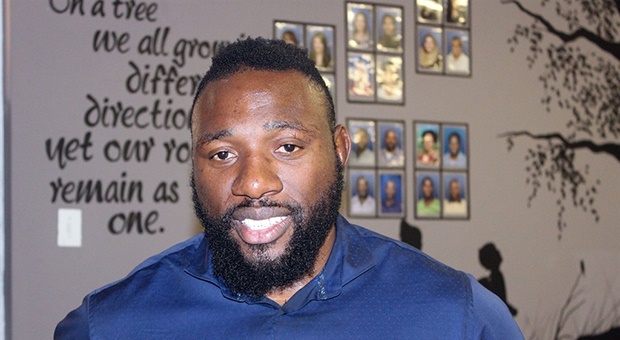 Paris - The Rugby World Cup has long been a stage for young talent to impose itself on the international stage, but it also remains the ultimate theatre for the great actors of the game to lap up the plaudits of the audience and take their final curtain call.

The 2019 edition will be no different as a number of great players of the recent past and present take their leave.

A look at five of the very best.

It is almost inconceivable to think of an Ireland side without Rory Best. The Ulsterman made his debut as a replacement against the All Blacks back in 2005 and has been at the forefront with coach Joe Schmidt, who is also stepping down after the tournament, of the Celtic Revival. The 37-year-old Best has always been an all-action hooker in the mould of the great Keith Wood and he has helped to drive Ireland to the top of the world rankings.

Career highlight: Captaining Ireland to two wins over the All Blacks would be enough to check most players into a Hall of Fame, but Best reserves his finest moment for leading the Irish to the Six Nations Grand Slam in 2018: "To win something as captain in that special green jersey, it's something that dreams are made of," he said.

It is not official yet but this is certain to be the last time that the world sees The Beast wearing a Springbok jersey. Since making his debut in 2008, the Zimbabwe-born prop, weighing in around the 120 kilo mark, has become a fixture in the Springbok front row and a symbol for the changing nature of the game within South Africa. He has been hit with injury of late and may be used off the bench but, as one of the world's top scrummagers, he will be a key component in South Africa's bid for a third World Cup triumph.

Career highlight: Some might suggest the first Test against the British and Irish Lions in 2009 when he dominated Phil Vickery to such an extent that the experienced Englishman was substituted after 45 minutes. The Beast, though, has his sights set higher. "Winning the World Cup will be a highlight of my career and being part of a successful World Cup-winning team will mean everything," he says.

Heading into his fifth World Cup, the Argentina-born Parisse made his debut as an 18-year-old and has been an integral part of every Italy side since then. Almost two metres tall, Parisse set up shop at Stade Francais, leaving in the summer after 14 years with the Parisians. He had all the physical attributes for a top number eight but his handling and passing skills elevated him to the top tier in the game.

Career highlight: Playing for Italy hasn't been a bed of roses but the quality of his performances has been recognised with two nominations as World Player of the Year, missing out in 2008 to Shane Williams and in 2013 to Kieran Read.

Pocock's season has been hampered by a torn calf muscle which restricted his appearances for the Brumbies. Whether that played a part in his decision to call time on his international career remains to be seen but certainly the Wallaby captain will be looking to go out on a high. A ranging flanker with a nose for loose ball, Pocock played an important role in the 2015 campaign and has offered the Australians true leadership on and off the field.

Career highlight: The Zimbabwe-born Pocock has enjoyed some great moments on the field but he might argue that the tougher battles have been conducted off the field. A committed environment and civil rights activist, Pocock has campaigned against homophobia and was arrested in 2014 for chaining himself to a digger in a protest against a coal mine being opened in a forest in New South Wales.

There aren't too many men in the world who can show off a World Cup winners medal. Fewer still is the number that have two - just 20 in fact, 14 of them New Zealanders. Kieran Read was a member of Richie McCaw's side that won the title in 2011, was named World Player of the Year in 2013 and then captained the All Blacks to a second successive World Cup victory in 2015. At the peak of his game, he was the best number eight in the world, never flashy but always inspiring and always in the right place.

Career highlight: Lifting the Webb Ellis Cup at Twickenham after his side held off an Australian fightback in the 2015 final.