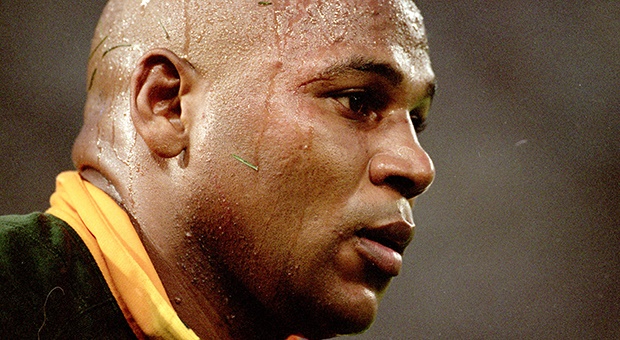 Francois Pienaar: Chester was fit, looked after himself

Cape Town - Former Springbok captain Francois Pienaar says that his 1995 Rugby World Cup-winning team-mate Chester Williams - who died after a suspected heart attack on Friday last week - was "fit" and "looked after himself".

Pienaar was as stunned as anyone when the news broke last week that Williams had passed away suddenly at the age of 49.

"It's terrible and we're all very shocked," said Pienaar at Williams' memorial service at the University of the Western Cape's Bellville campus on Wednesday.

Pienaar was at Heathrow Airport on his way back from London when he heard the news.

"I just couldn't believe it. Some of the team members were with him the week before when he launched his beer and he seemed fine, settled and happy," he said.

"It's a big shock that we've lost another member of the 1995 team at such a young age.

"I'm the chairperson of the Cape Town Marathon and last year I invited Chester to come and run it and he did. He was fit and looked after himself ... it's very sad."

Pienaar said that South African rugby had lost a legend.

"He was always first at training and one of the last to leave. He deeply loved the game of rugby and worked so hard on his skills," he said.

"Chessie will always be remembered for what he did on the rugby field and what he did for young kids.

"He was such a humble person."

Williams' funeral, which has been declared an official provincial funeral by President Cyril Ramaphosa, will take place at Newlands on Saturday, September 14 from 12:00.

In addition to Saturday's service, on Thursday, September 12, there will be a tribute evening at the Boland Cricket Ground in Paarl starting at 18:00.