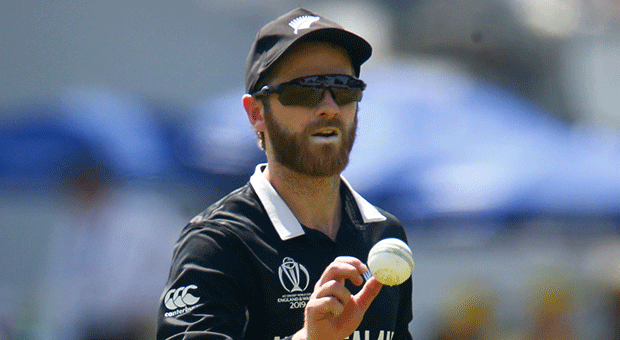 The Black Caps, beaten finalists four years ago, head into the India clash on the back of three straight group stage defeats by Pakistan, Australia and England.

They only edged out Pakistan for a place in the last four on net run-rate and are underdogs against an India side who topped the group standings, having lost just once in the tournament so far.

But Williamson, speaking to reporters at Old Trafford on Monday, said: "We definitely deserve to be here, that was reflected in the standings. Whether we're underdogs or not, it doesn't really matter.

"No side has gone through the competition unbeaten. Although we've qualified fourth we've got as equal an opportunity as anybody else.

"Going into the tournament with every team having nine round robin matches we knew that on any day that anybody could beat anybody."

Williamson, whose side will face either England or Australia in Sunday's final at Lord's if they defeat India, added: "It's one of those occasions where every team has worked so hard to end up in the last four where, to a certain extent, it all starts again where the day comes and anything can happen.

"All sides have beaten one another on a number of occasions throughout the last few years, so it is a really exciting opportunity for all teams. I think for everybody it sort of starts fresh tomorrow.

"It's just a great occasion to be a part of. I know the guys are really excited by the opportunity to go out and play with that freedom that gives us the best chance."

If New Zealand can somehow make early inroads into India's formidable top order they will be well in the game.

India opener Rohit Sharma, however, has already made history at this tournament by becoming the first batsman to score five hundreds at a single World Cup.

Meanwhile, India captain Virat Kohli is on a run of five successive fifties.

But Sharma's wicket is arguably now an even greater prize and Williamson said: "Rohit has been clearly the stand-out batter in this tournament so far and been batting beautifully.

"It is another day where both sides will be trying to adjust to the conditions as quickly as possible and both teams will be looking for early wickets regardless of what their name may be."