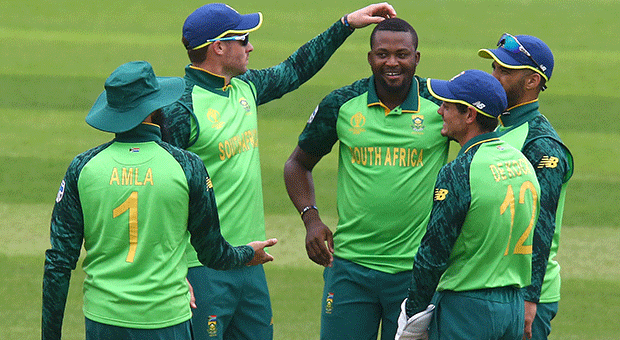 Cape Town - The South African Broadcasting Corporation (SABC) will not broadcast any live television matches for the remainder of the Cricket World Cup.

The national broadcaster recently revealed its updated schedule for the event, which indicated that South Africa's remaining matches would be split between delayed TV broadcasts and radio-only live coverage.

Pay-channel SuperSport and the SABC previously announced an agreement to let the national broadcaster show certain matches during the tournament.

South Africa's first two matches against England and Bangladesh were shown live on SABC 3, with the remainder of their games (from the India clash) only broadcast live on Radio 2000 and some games delayed on SABC 3.

The Proteas' next match is against Afghanistan in Cardiff on Saturday, with SABC 3 to air a delayed broadcast from 09:30 on Sunday.

All matches from the showpiece event in England and Wales will be broadcast live on SuperSport TV.